All of life is defined by the mysterious interplay of converse components that are interdependent, the examples are endless; warm or cool, light or dark, male and female. At the core structure of music lies yet another manifestation this universal design; the basic spectrum of musical sound is balanced by two complimentary chord groups.

Music theory can be a deeply complex discipline; the “2 Sounds of Music” Theory, however, is framed in stark simplicity for it’s intended use by students and amateurs. The following explanation and illustrations describe how two basic sound components are observable and audible within music’s chord scale.

Seven elemental pitches: Do, Re, Mi, Fa, So, La, and Ti, translate to seven notes on the scale, referred to as the number 1 note, 2, 3, 4, 5, 6, or 7 note. There are also seven fundamental chords. The most basic chord form is the “triad” made of three notes, skipping every other note, for example the 1, 3, and 5 notes played together. Triad chords are named for the first of it’s three notes moving up the scale, thusly, there is the 1 chord, 2 chord, 3 and on through 7 primary chords.

A simple illustration of the “2 Sounds of Music” theory can be seen on the music staff with seven ascending triad chords grouped by color. See that the 1, 3, 5, and 7 chords share common notes; and the 2, 4, and 6 chords share a different set of notes.

Now, observe photos below of the piano keyboard with colored dots marking notes of one group. The 1 note of any octave will act within either group, so half a dot is on those keys. 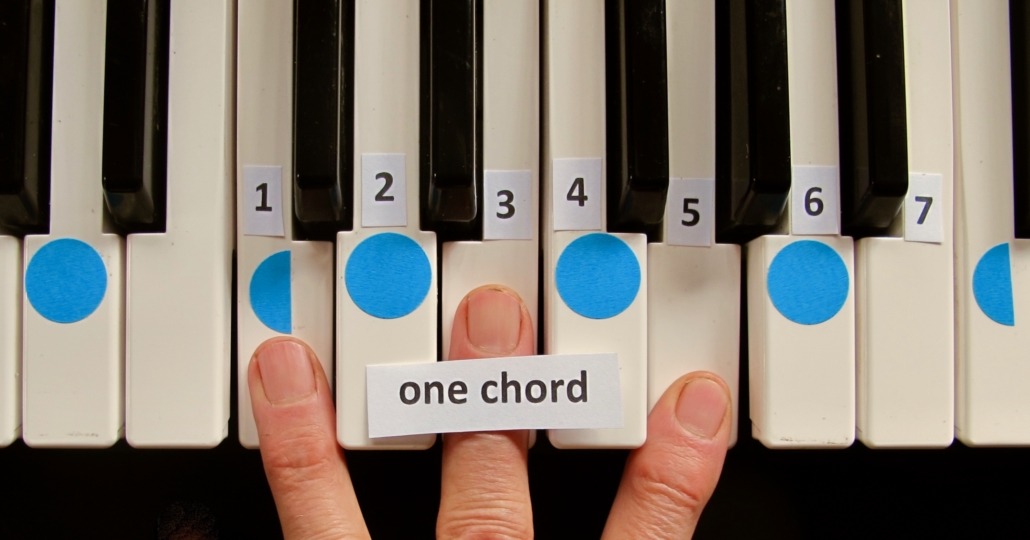 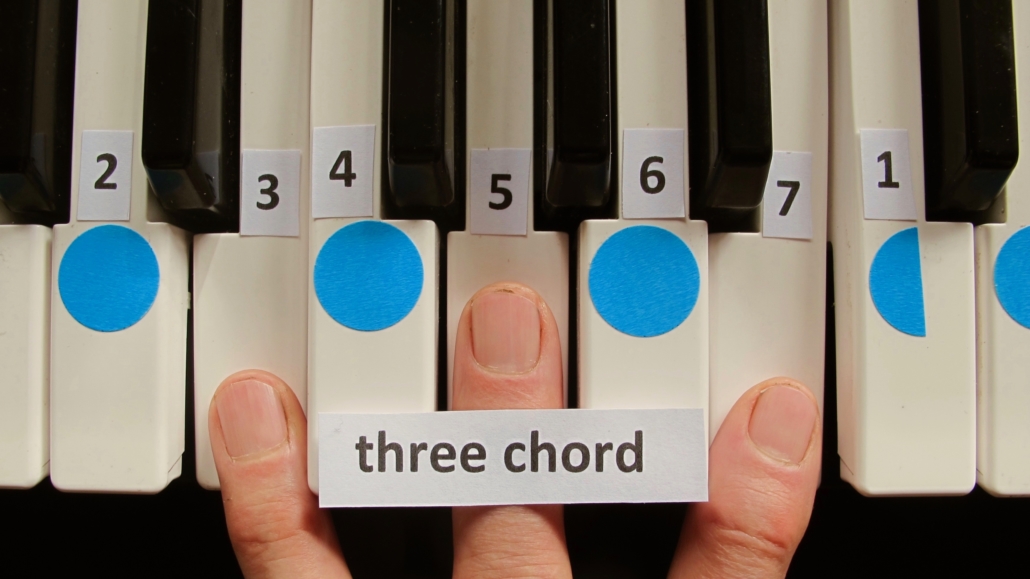 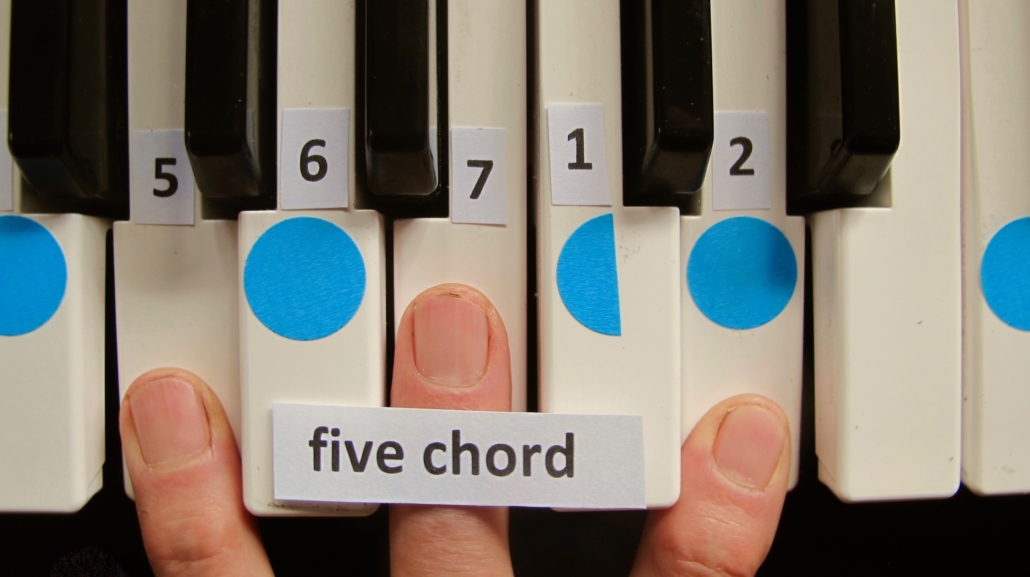 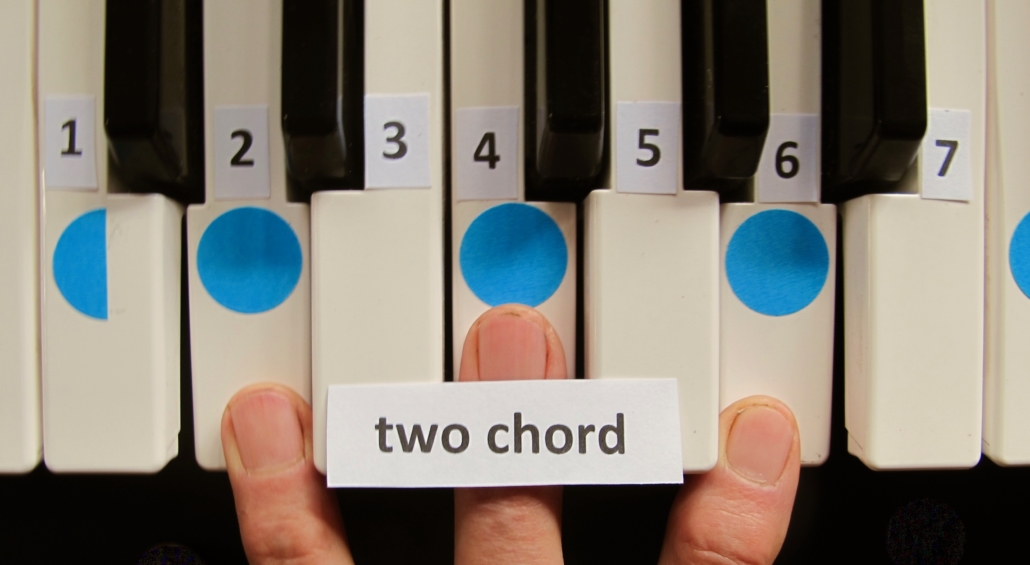 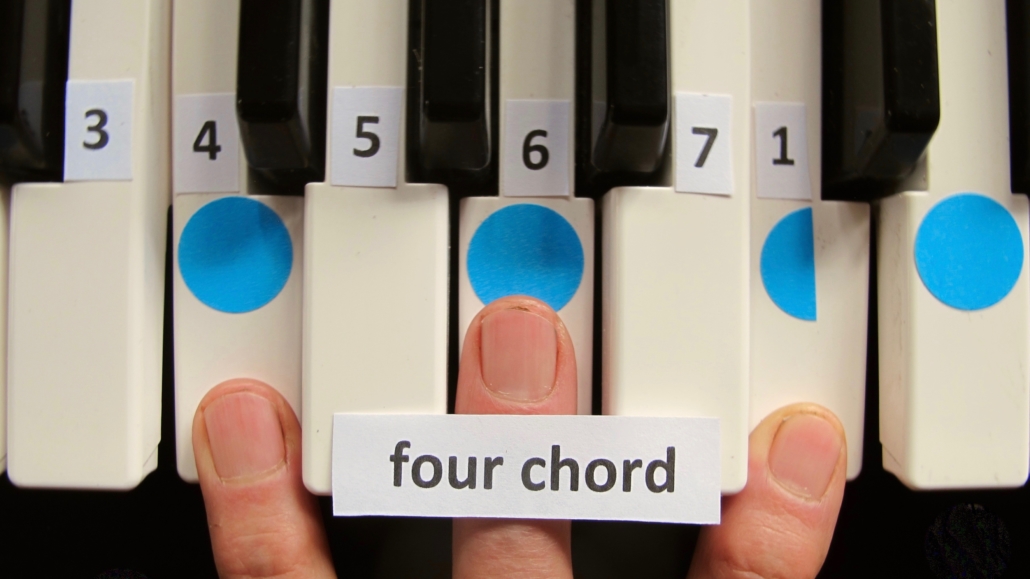 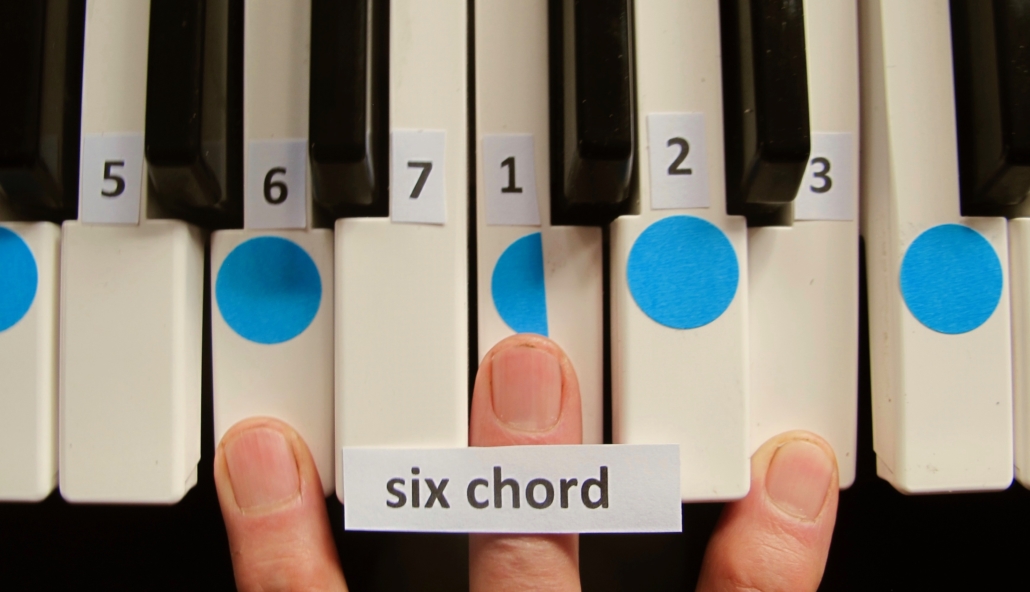 The similarity of sound exclusive to each of two distinct chord groups is the basis for defining the “2 Sounds of Music”. Individual chords have their own identifiable sound, however, the commonality of sound within each chord group is inescapable. Melody notes harmonize over their supporting chords, generating the two sound format in the melody. Without a flow of chords and notes from one group to the other and back, the harmonic and melodic stream of music would be repetitive and flat, lacking it’s crucial dynamic.

The 1, 3, and 5 chords, call them the “home” group, and the 2, 4, and 6 chords, call them the “away” group, are independent but complimentary, they resolve to and are empowered by each other. These given names hint at their individual character; “home” is a starting point and a place to come back to; “away” is a place to go to and return from. An interweaving of the two sound domains, gives music it’s compelling compositional features of movement and contrast, divergence and resolution, yin and yang.

Also observe three other illustrations that verify the two basic sound domains as portrayed by color. A selection of favorite song hooks, and a chart of most common chord progressions, both display the movement from one sound domain to the other. And a guitar chord fretboard diagram for the key of C shows how the chords diverge into two groups. 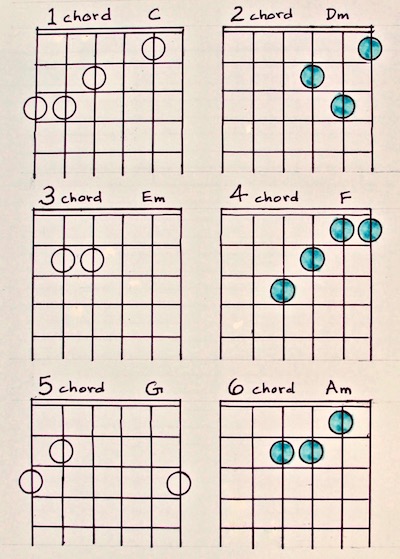 Two sound groups defined by color are evident in this guitar fretboard diagram for the one through six chords of the key of C, which is the most commonly used chord key.  Notice the common shared notes in the 1, 3, and 5 chords, and shared notes in the blue 2, 4, and 6 chords. As with piano, chords within each separate group have a similar sound. Also see how the two groups are split on the two sides of the string layout. 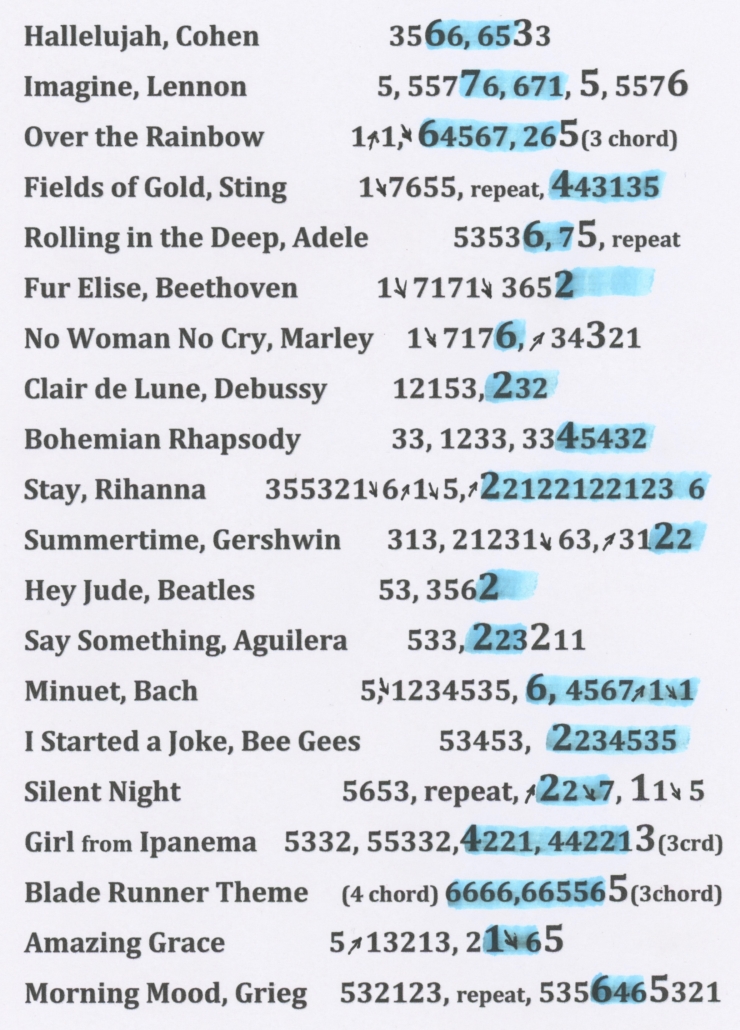 The very recognizable “hooks” (the most memorable phrase) of several favorite songs gives another look into the crucial shift between music’s two sound groups.  Most songs start with a chord and notes from the “home” group, then move to a chord and notes of the “away” group. Often the most dynamic and appealing part in the hook is the actual point of the shift. 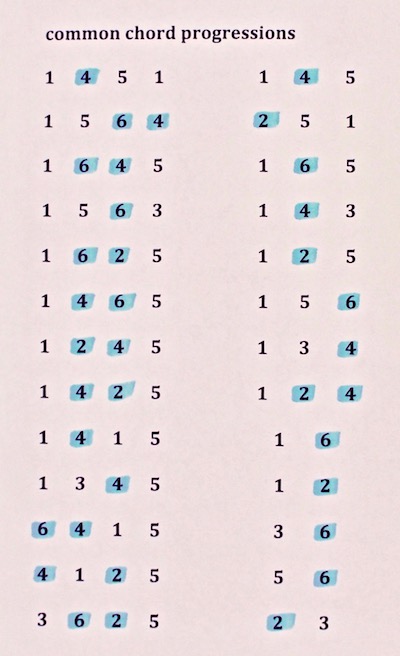 Music’s most commonly used chord progressions also display it’s 2 sound structure, shown here by color and odd or even numbers (in four, three, or two chord progressions).  Without any exception, the progression flows between the two chord groups, most often from the “home” group (1,3,5) to the “away” group (2,4,6) and returning back. 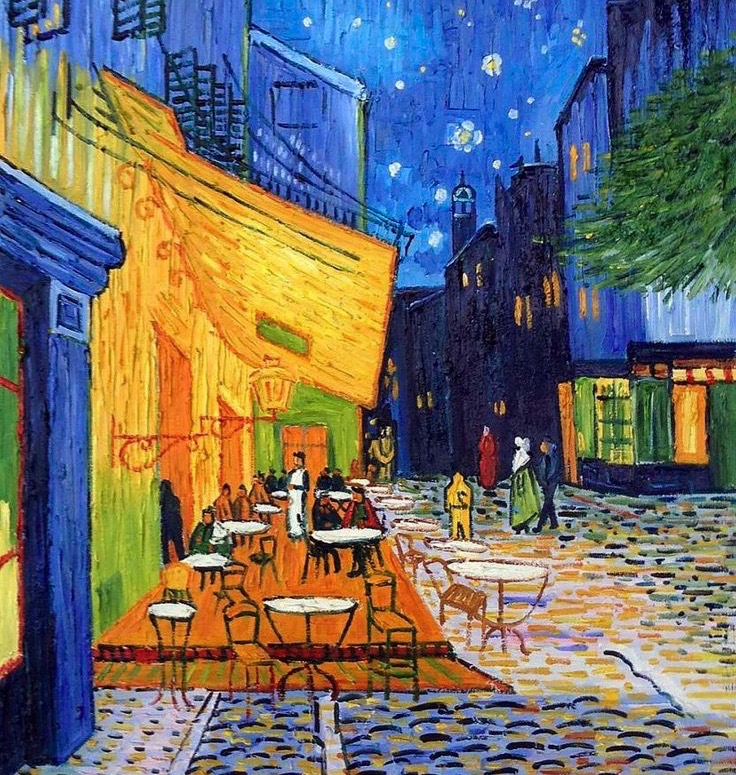 Vincent van Gogh … the power of warm against cool

Coincidently or divinely orchestrated, music’s sister art form, painting, also relies upon a  structure of seven building blocks divided into two groups.  The artist’s palette, or the colors of the rainbow, consists of seven hues recognized in two distinct groups of either warm or cool colors. As with music, successful paintings weave the two complimentary domains together.

Application of the “2 Sounds of Music” theory to song writing or music composition means that successful results will depend on, and can be achieved by, creating movement between the two sound domains. Applying the theory to instrumental improvisation delivers instant success with consistently appealing and resolving sound structure. Accelerated methods for learning to play, based on the theory, are explained in the following pages.